Research has shown that a mere 7% of human communication is based on what we actually say. The remaining 93% is non-verbal, of which 38% comes from tone of voice and 55% from body language. Learning how to read other people’s body language can yield an astonishing amount of information about them, as many counsellors and psychotherapists know only too well.

However, interpreting body language is a lot more complex than just looking up someone’s body shape on a definitive list such as this one. How do you know whether a person who has their arms crossed is feeling defensive or superior? Or are they feeling relaxed and putting their arms into a comfortable position?

This is where the 5 C’s come in. It’s a set of additional clues that can help us read body language and other non-verbal communication in a more coherent and accurate way.

Behaviour and communication are two-way processes, with external events acting as triggers that stimulate our responses. Ask yourself: What might have just happened for the person to take that body stance? There may be more than one answer.

A cue can also be triggered internally, so ask yourself: Looking at the person’s body language, what might they be thinking or feeling? The cue-response sequence can even be instinctive, such as the fear-and-recoil response to seeing a spider or a rat.

Body language may suddenly change, say from open to closed formation, or the person suddenly scratching their nose – both of which may indicate discomfort. When you notice a transition, think back for clues that may have triggered their change in behaviour.

Sales people, for instance, use body language signals all the time. A customer leaning forward displaying positive non-verbal responses is subtly sending buying signals that the sales rep will use to help him close the deal.

More often than not, body language is more than a single event – in fact, it very rarely is. Instead, a cluster of different movements take place together. A person may shift position, cross their arms, lean backwards and purse their lips. They’re clearly in disagreement with whatever just happened or was said.

However, sometimes these cluster movements contradict each other, sending mixed messages. When this happens, be extra vigilant and trust your instinct, then back it up with reasons why you might be feeling this way.

Next, look at the general character of the person. What are they like and what body language is normal for them? For instance, extroverts may naturally display frequent and large body movements, unlike introverts who prefer to take up less space.

Trying to decipher people’s non-verbal communication in an effort to interpret their thoughts and actions is notoriously difficult, particularly if you apply the ‘wrong’ filter. What’s more, temperament, mood and short-term emotional state can modify a person’s normal character and behaviour, making their body language even more complex.

Finally, take account of the broader context that may influence how the other person feels, thinks and acts. In terms of the immediate physical surroundings, for instance, young men in the presence of attractive women will alter their behaviour to include more mate-attracting moves.

This also goes for the wider context of a person’s life. Past experiences good and bad can have a significant effect on their body language. Unless you know about these modifiers, your ability to interpret the person’s non-verbal communications may remain superficial. 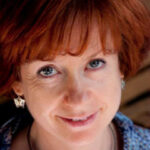