Colouring books for adults – what are the benefits? 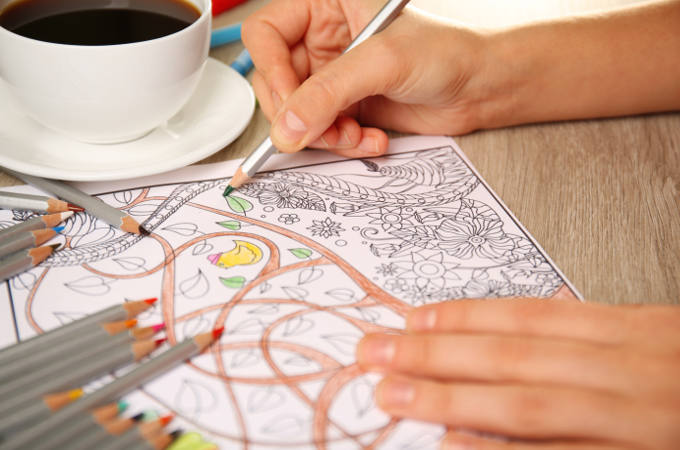 Adult colouring books have been around for a few years now – have you tried them yet? It might be silly to think that something as simple as a colouring book could be beneficial to our health, but research does support this idea. In fact, the benefits for the adult brain from the simple act of colouring has been known for over 100 years, with many psychiatrists throughout history recommending the practice to their patients.

Colouring is said to have stress reducing benefits. It calms the part of the brain related to the stress/fear response and stimulates the part of the brain that is responsibility for logic and creativity. In 2005, a study documented reduced anxiety in participants after only a short time of colouring in geometric patterns. Colouring for at least 5 minutes before bedtime is said to help you sleep better, while colouring therapy is used experimentally to treat anxiety and stress related disorders.

Adult colouring books are becoming increasingly popular among creative professionals and executives in high stress jobs. The reason is that there’s evidence to suggest that even short colouring sessions can boost focus and concentration, spurring creativity. Some companies are so convinced of the benefits that they make time for group colouring sessions to improve the focus and creativity of employees working on a major project.

Has a calming, meditative effect on the mind

The psychological benefits of meditation and prayer are well known, but many people struggle to ‘switch off’ and calm the mind. Colouring is a hands-on activity that can be used to overcome this issue. It allows you to be active – to ‘do’ something – but without needing your full concentration. Studies have shown that colouring and similar activities have a meditative effect on the brain.

Recently, colouring time has started to become a social activity, with many clubs and local community groups putting on ‘colouring’ meetings. Take your colouring book along and meet others who also enjoy colouring. Spend time focusing on this relaxing activity while having a natter and making new friends. As a social exercise, it’s a fun activity that you can even share with your kids!

While colouring therapy is used experimentally to treat sufferers of Post Traumatic Stress Disorder (PTSD), anxiety and stress related conditions, it isn’t recommended that you use it in place of regular therapy with a qualified psychotherapist or counsellor.

That said, as a complementary activity that is both relaxing and enjoyable, there’s certainly no harm in putting an adult colouring book on your Christmas list. 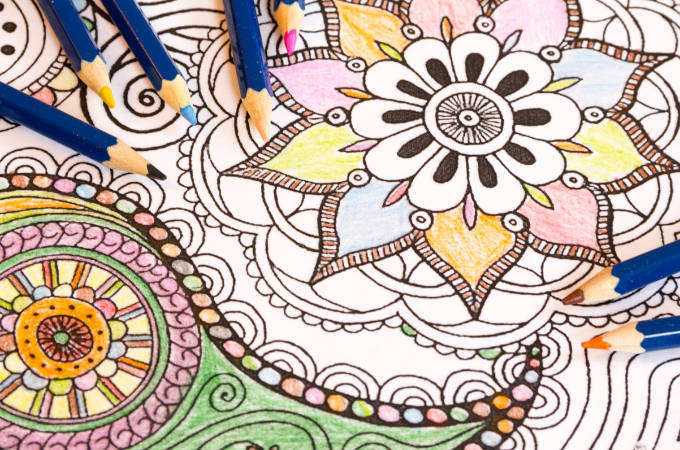 Filed Under: Anxiety
Like this post? Spread the word!
Take your first steps to lasting change
Book Appointment
Email Us Now